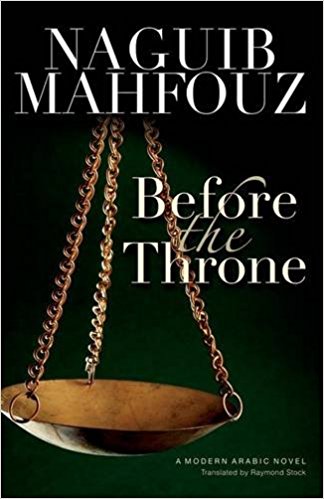 In this extraordinary drama-in-dialogue, Naguib Mahfouz reveals his love for all of Egypt’s extensive history—and his deep knowledge of it. In Before the Throne, he summons nearly sixty of Egypt’s rulers to the afterlife Court of Osiris, from a king who unified Egypt for the first time, around 3000 BC, to a president assassinated by religious extremists in 1981. He includes names as familiar as the pharaoh Ramesses II and as obscure as the medieval vizier Qaraqush. Defending their behavior before the divine tribunal, those who acted for the nation’s good are honored with immortality, but those who failed to protect it leave the gilded hall of eternal justice with a very different verdict. Full of Mahfouz’s unique insight into his country’s timeless qualities, this controversial work skillfully traces five thousand years of Egypt’s past as it flows into the present, through the mind of its most acclaimed author.